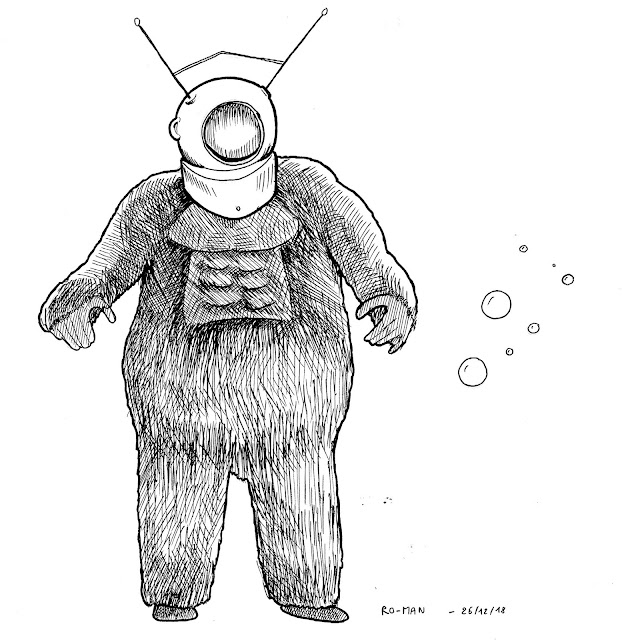 Ro-Man is the monster and the main attraction in Robot Monster (1953), commonly described as one of the worst movies ever made.Thanks to its short running time, unintentional (?) humor and beautiful female lead (Claudia Barrett), the movie is actually fairly entertaining. 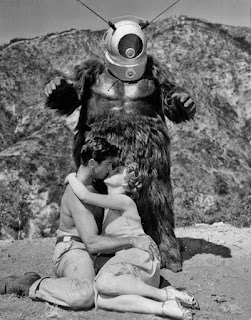 (note that the monster's costume varies from scene to scene. The radio device on the helmet is frequently absent)

It is also worth mentioning that the most ridiculous elements, notably an unexplained bubble machine, are to a large extent justified by a rarely-mentioned framing narrative. It was - of course - just a dream, but the dreamer was an excited boy, high on space fantasies and comic books, who is shown wielding a bubble-producing raygun in the first minutes of the film.

A word to the author?